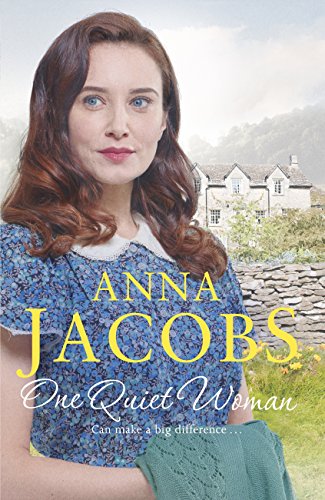 1930, Lancashire:
Leah Turner’s father has been killed in an accident at the laundry, and since her mother died years ago it falls to her to become sole provider for her little sister. But women’s wages are half those of men and pawning the few belongings she has left will only keep their vicious rent collector at bay for a few weeks, so even if she finds a job, they’ll lose their home.

Out of the blue Charlie Willcox, the local pawnbroker, offers her a deal. His brother Jonah, an invalid since being gassed in the Great War, needs a wife. Charlie thinks Leah would be perfect for the job.  The idea of a marriage of convenience doesn’t please Leah, but she finds Jonah agreeable enough and moving with him to the pretty hamlet of Ellindale may be the only chance of a better life for her sister.
But other people have plans for the remote Pennine valley, and the two sisters find themselves facing danger in their new life with Jonah. Can the three of them ever look to a brighter future?

This is the first book I have read by Anna Jacobs.  When I was offered the chance to take part in the blog tour for ‘One Quiet Woman’ I grabbed the opportunity with both hands.  I was not to be disappointed.

I don’t want to write too much about the storylines as I have a rather nasty, but unintentional, habit of giving far too much away about books that I have enjoyed.  I certainly enjoyed this book and then some.  The story starts with Leah Turner struggling to cope with looking after her sister, Rosa.  Their father has recently died in an accident at the laundry where he worked and their mother died some years ago. If Leah finds a job then she will be paid a fraction of what the men earn and if she pawns the few household items they possess the money won’t keep the nasty rent collector at bay for long.  If she finds a job away from the laundry then she will lose their home.  Out of the blue, and whilst she is walking, she is met by Charlie Willcox, the owner of said pawn shop, who makes her an offer.  Jonah, his brother, was gassed during the Great War and he is now an invalid.  Charlie feels that Jonah needs a wife and Leah would be perfect for the role.  Leah is not exactly comfortable with the idea of a marriage of convenience but she agrees to meet Jonah.  When they meet, Leah finds Jonah to be a pleasant chap and she realises that a move to Ellindale to be with Jonah might be her and Rosa’s only chance of a better life.  Leah agrees to marry Jonah.  Leah, Jonah and Rosa look forward to a happier life.  However, other people have plans for the quiet valley and Leah & Rosa find themselves in danger from others, which threatens their chance of happiness.  Can Leah, Jonah and Rosa still have the life and better future that they dreamed of?  Well for the answer to that question and more you are just going to have to read the book for yourself as I am not going to tell you.

I really took to Leah from the start of the book.  She is a young lady, who suddenly finds herself as sole carer for her sister after their father is killed in an accident where he works and their mother died some time ago.  Leah does not resent looking after her sister far from it but she worries where the money is going to come from to provide a roof over their heads and food on the table.  Leah desperately misses her parents and she is still grieving for both of them but she pushes her grief to one side, so that she can appear strong for Rosa.  I think that Leah is one strong, feisty, determined young lady, who is not easily dissuaded from a particular course of action once she has decided on it.  It’s obvious that Leah has a huge heart and she cares enormously for Jonah and for other people, less fortunate than herself, who find themselves in the depths of despair.  Leah is fiercely protective of her home unit and she won’t let herself be pushed around.  If anything happens to Rosa, Jonah or others that she cares about then she would definitely go on the warpath.  I have to say that I really took to Jonah from the start of the book too.  During the First World War he was gassed, as so many other men were too, and he has suffered with ill health ever since.  He gets tired easily and he can’t do half the things that he used to but he doesn’t let that hold him back.  Jonah lives as normal a life as he can do.  Jonah is one proud man and I don’t think that he is altogether happy with the idea of his brother finding him (Jonah) a wife.  Jonah certainly does not like feeling like a burden to anybody.  Jonah is kind hearted, he likes to look after others and to help those less fortunate than himself, he is a good listener and if he or his family feel threatened, then he naturally feels extremely protective towards them and will defend them no matter what it takes and despite his ill health.  There is one family of three brothers that I could have quite cheerfully poked between the eyes with a sharp stick and slapped them across the face with a wet flip flop.  I’m not going to tell you who they are or what they  have done but I think you will understand why I dislike them so much when you read the book.

I have to say that I think that this book is excellently written.  I was gripped from the very first word on the very first page and I wasn’t released from the book’s grip until the last word on the last page.  It was almost as if I had been hypnotised.  The pages were turning that quickly that it was almost as if they were turning themselves and before I knew it I had finished the book, which I was both pleased and not pleased about.  Pleased because I knew how this particular episode of the saga ended but not pleased because I was enjoying the story and just wanted it to continue.  The writer uses such powerful descriptions of conditions of the time that if I closed my eyes, I could picture myself being transported back to the 1930s and living the story.  I felt like I was an invisible bystander.  I started to feel protective and defensive of certain characters and I wanted to jump inside the pages of the book to give certain characters what for and to kick them where it hurts.  I know it’s fiction but I have a vivid imagination and I get far too immersed in a story.  When I finished reading this book I felt like I had been through a whole range of emotions and through an emotional wringer.  From hope to dread, from sadness to happiness, from fear to bravery and well you get the picture.

In short, I absolutely loved reading ‘One Quiet Woman’ and I would recommend this book to anyone.  I can’t wait to read the next episode in the saga and I don’t have too long to wait because the next book in the series ‘One Kind Man’ is due to be released on the 11th January 2018.  I award this book a well deserved 5* out of 5*.