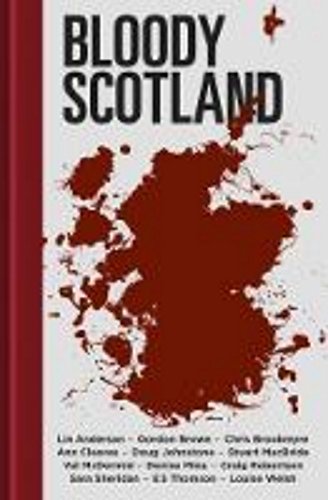 (1) Do real life events influence your writing?
Yes, absolutely, all the time, from the tiniest little detail to the main drive of a plot or the whole theme of a book. They can be real life events that I’ve read or heard about or, more likely, things that have directly affected me. For example, my whole novel Gone Again stemmed from my wife coming home late from work one day when I was particularly frazzled with the kids. Real life and personal experience are the most important sources of inspiration for writers.

(2) Who is your favourite author and why?
There are so many great authors I could pick. At the moment it’s probably James Sallis – a very underrated American crime writer. I’m working my way through his Lew Griffin series and they are astonishing books. They totally throw the detective rulebook out the window. And the rhythm of the language in them is just wonderful. Oh another writer I absolutely adore is Sara Gran. She is just the smartest, coolest, most talented writer there is – writing brave, weird, captivating novels like no one else. Her book Come Closer is the perfect horror story.

(3) Which five people (dead or alive) would you invite to a dinner party and why?
Bjork because she would be bonkers and entertaining and interesting. Amy Poehler and Tina Fey because they are the funniest people on the planet. Maradona just for the outrageous football stories, and Yoda, because I would want him to teach me how to use The Force.

(4) Who is/ are your inspiration?
My kids. Smart little bastards, very grounded, very funny, full of life. They just have a good attitude. I try to learn from them how to enjoy stuff, instead of being a miserable old bastard.

(5) How long does it take you to write a book from start to finish?
Well I’ve managed a book a year for the last six years more or less, so about a year. That breaks down into one month of planning, three or four months of writing the first draft, the same length of time to redraft several times, then there’s agent and editor feedback to deal with, more structural and line edits, copyedits, proof reading and bingo, it’s in the shops.

(6) Do you have a set routine/ schedule when you are writing?
I try to write fiction in the mornings when my brain’s at its sharpest, then after lunch I’ll do other stuff that also pays the bills like journalism, manuscript assessment, teaching, workshops and so on. It doesn’t always work like that because, you know, life gets in the way. I set targets and deadlines that I don’t always meet, but it’s important to set them anyway, otherwise I might just do nothing.

(7) Are you looking forward to the Durham book festival (which is in my neck of the woods and in the best county!!)
Very much so! I’ve never taken part in the festival before, so it’s a first for me, and I’m on with Louise Welsh who is one of my favourite writers and people in the world. I’ve been to Durham before, when I was a judge for the Gordon Burn Prize we had the award presentation there, and I absolutely loved the place – can’t wait to go back.

(8) What would be your fantasy job?
Captain of the Scottish national football team. Or first man on Mars. Preferably both. There’s still time.

(9) If you were invisible for 24 hours what would you do?
I would give Donald Trump a massive wedgie in a live press conference.

(10) What is your pet hate and why?
People who are always late. It’s just fucking rude.

(11) Which book do you wish you had written?
So many to choose from. How about No Country For Old Men by Cormac McCarthy, it’s incredible. Or Fight Club. Or anything by Megan Abbott.

(12) Which celebrity would you like to face in a boxing ring?
Piers Morgan. I would beat the living shit out of him on behalf of all right-minded people on the planet.

(13) Who or what really gets up your nose?
Arrogance or superiority of any kind. The idea that any one person is better than anyone else really pisses me off.

(14) If you could choose which of your books would be made into a film, which book would you choose and why?
The Jump. It’s about suicide, so it wouldn’t be the cheeriest film, but it’s a subject matter that deserves attention and serious consideration.