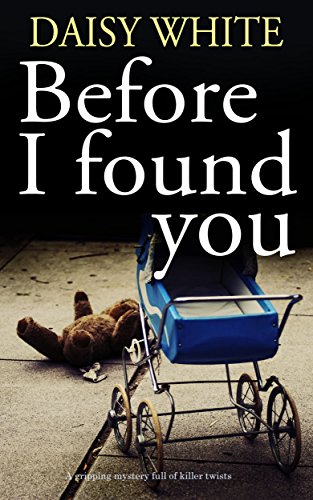 A child found alone on the beach, shouting into the waves.

A mother who served ten years for a crime she says she didn’t commit.

Ruby Baker is back with another seaside mystery. When she and her friends rescue a child from the beach in a storm, police are baffled. Nobody has reported a child missing, and the girl seems so traumatised that she is unable to speak.

In Johnny’s hairdressing salon, the notorious Beverly Collins makes an appointment with Ruby, but it soon becomes clear the woman wants more than a haircut.

Beverly has just been released from Holloway Prison after serving ten years for child cruelty. The body of her missing daughter was never found, but Beverly insists she is innocent, and she wants Ruby Baker’s Investigation Bureau to prove it.

This isn’t going to be an easy investigation. Opinion is divided on Beverly’s innocence. Reporters Kenny and James are keen to uncover a big story, while Ruby’s best friend, Mary, is distracted and struggling to deal with motherhood.

As Ruby tries to unravel the past, she discovers that Beverly Collins’ release seems to have triggered a bizarre chain of events.

Was she really framed, and if so, where is her daughter Ella now? And who is the mystery girl on the beach?

I liked the character of Ruby.  She is a good natured young lady, who is a tower of strength to her friend, Mary and her baby Summer.  Ruby, Mary and Summer share the flat over the hairdressers, where Ruby & Mary work.  Ruby is the one who sees the girl on the beach shouting at the waves and subsequently saves her with no thought given to her own safety.  Ruby is clever, funny, hardworking, supportive, eager to learn and not easily dissuaded from a course of action, once she has decided on it.  Beverly Collins was jailed for the murder of her daughter, although no body was every found and Beverly believes that her daughter is still out there.  Beverly hears about the success of Ruby’s Investigation Bureau and hires her to prove her (Beverly) innocence.  At first Ruby is a bit reluctant to take the case, as feelings are still running high in the area with the majority of the residents thinking that Beverly was guilty of killing her daughter.  Ruby meets with Beverly and a short while into the meeting Ruby is convinced of Beverly’s innocence.  Ruby also accepts the case although she is fully aware that it won’t make her very popular with certain people.  Ruby and the rest of the staff at the salon set to work on unravelling the mystery.  I have to say that I also liked the character of Johnnie, who is the owner of the salon and who is rather flamboyant to say the least.  I must say that in my eyes, Johnnie is extremely brave too as he is a gay man, in an era when homosexuality was illegal and was punishable by jail and some rather nasty treatments.  Johnnie is certainly someone you could have a good gossip with over a cup of tea.

I didn’t realise that this book was set in the 1960s.  That’ll teach me for not reading the synopsis and comments properly.  However, using my little grey cells,  I soon deduced that the book was set in the 1960s through the reference to The Beatles and the reference to the fact that homosexuality was illegal and punishable by jail time &/ or by nasty treatments.  It was certainly interesting to read about a world, which is only 50 ish years ago but which is so vastly different to the world we live in today.  Thank goodness for progress and that we live in modern times is all I can say.  Sorry getting just a bit diverted there so back to the review I do go.

I found this book to be seriously addictive.  The story hit the ground running and maintained the pace throughout.  The writing style is such that I couldn’t help but be drawn into the story.  Before I knew what had happened, I had managed to read a quarter of the book in one go and that is not often possible for me.  It was very difficult to put the book down because I just needed to know who the girl was at the beach, if Beverly really did kill her daughter and whether or not Ruby survived the case unscathed.  There were a fair few twists and turns in the story and a couple of times I found myself holding my breath as I genuinely feared what was going to happen next.  The characters were so realistically written that I genuinely began to think of them all as friends.  There were several times that I wanted to jump inside the pages of the book to reassure Mary that she is a good mother or provide comfort to those who needed it.  I also felt very protective of Ruby and her friends and if I could have, I would have jumped into the pages of the book to stick up for them.

In short, I did really enjoy reading ‘Before I Found You’ and I sincerely hope that there are going to be more books in the series featuring Ruby and her Investigation Bureau.  Here’s hoping that we won’t have to wait too long for the next book but in the meantime, I am going to find the first book in the series and read the series in order.  The score on the Ginger Book Geek board is 4* out of 5*.