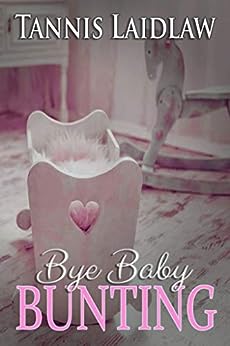 An unwanted pregnancy. A kidnapping. Escape…

A lawyer manipulates Jemma to sign away the child to her dead boyfriend’s parents, the wealthy Winchesters.

Six months after giving birth, Jemma is still obsessed with her baby’s welfare. A chance opportunity occurs. She makes a split-second decision.

She is now a kidnapper and on the run. Detective Constable Tim Findlay is assigned to the Winchester kidnapping, his first big case.

In the course of the investigation, he and his partner uncover deeply hidden secrets about the Winchester family.

For Tim, the difference between right and wrong becomes blurred.

I must admit that I haven’t come across Tannis Laidlaw before.  I picked up this book and read the synopsis and I was immediately intrigued.  I eagerly picked the book up and began to read.

I really felt for the character of Jemma Howell.  She was a university student in a loving relationship with her boyfriend.  Tragedy strikes when her boyfriend dies and Jemma finds out that she is pregnant.  I get the impression that Jemma feels that she wants to bring her child up but at the time that this book is set, attitudes towards and opinions of single mothers were somewhat different to now.  Jemma cops the flak from all directions and she is told that she will never cope being a single mother.  Jemma reluctantly decides that her baby should go for adoption.  Her dead boyfriend’s parents step forward to take the baby.  I must admit that there was just something quite unsettling and not quite right about the Winchesters.  If I could have jumped into the pages to give Jemma a hug then I would have done.  She just needed somebody to fight her corner.  It isn’t long before Jemma starts to regret her decision and she wants to be a part of her baby’s life.  Jemma does something that she might live to regret when she kidnaps her baby.  Is Jemma destined to live a happy life with her baby?  What secrets are the Winchesters keeping?

This was certainly a different sort of read for me in that it challenged my beliefs about the law and whether or not there were circumstances where taking the law into your own hands can be seen as being acceptable.  I was soon drawn into the story and it didn’t take me long to become addicted to reading this book.  I just had to keep reading to see what fate had in store for Jemma and if my suspicions about the Winchesters were warranted.  The pages were turning that quickly at one point that it was almost as if they were turning themselves.  I was swept along by the story and I was desperately hoping that things would work out for Jemma.

‘Bye Baby Bunting’ is very well written.  The story is set over the period of a few decades and shows what happened to Jemma and her baby over the years.  The author’s writing style is such that you can’t fail to be drawn into the story.

Reading this book was at times like riding on a slightly scary and unpredictable rollercoaster ride, with twists and turns aplenty.  There were times where I almost had to read through my fingers because I feared what was going to happen next and what was going to Jemma and her child.

To conclude I really did enjoy reading this book and I would definitely recommend it to other readers.  The score on the Ginger Book Geek board is a well deserved 4* out of 5*.