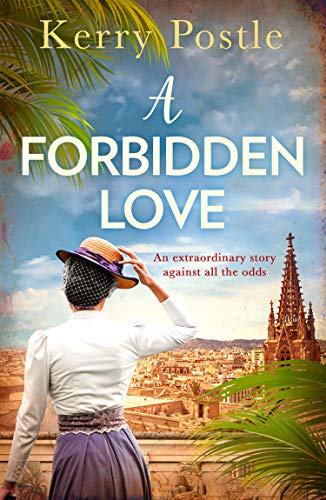 He vowed in his letter to one day meet her again, once the war was over. But it was a letter Maria couldn’t bring herself to read…

Growing up in the humble Spanish town of Fuentes, Maria dreamed of seeing the world and marrying one day. But before her life can truly start, civil war breaks out and Fuentes is torn apart by violence, secrecy and corruption.

Maria vows to take a stand, yet as an unspeakable tragedy rocks her trust in human decency, her heart hardens and the love she once believed in seems far out of reach. But when she falls for an occupying soldier, she questions whether she can truly love someone who is her enemy?

I really liked the cast of characters in this book.  I loved the way that the children are so innocent to begin with.  They are literally kids being kids and they talk about their hopes and dreams without having any added pressures that kids today seem to be under.  The main character is a young girl called Maria and we get to know her over a period of time.  Of course she has hopes and dreams as most young children do.  She has a lot of growing up to do in a very short period of time when troops enter her village during the Spanish Civil War.  Something happens that is truly heart breaking for Maria but I don’t want to give too many more details as I would hate to give away too much.

This book appealed to me on a few different levels.  Firstly not only am I a book geek but I am also a history geek with a particular interest in 20th Century Europe.  Secondly I studied Spanish History at University and found it really interesting.  Thirdly, I studied Spanish at University and since the day I graduated, I haven’t used it.  Reading this book gave me a chance to use my Spanish language skills in the sense of I used to say the names of the towns etc out loud.

It took me a little while to get into this book but that has more to do with the fact that I was tired when I started to read the book as well as being preoccupied with an impending operation and it is not a reflection on the author’s work.  Once I got into the story, I certainly got into it and then some.  I also felt as though this book opened my eyes somewhat and reminded me of the horrors that took place during the Spanish Civil War on both sides and what happened not long after in wider Europe and beyond.

The author has one of those writing styles that draws you in and keeps your attention all the way through.  In a sense you feel compelled (in a nice way) to keep reading.  She has described her characters and the environment at the time so well that I really did feel as though I had borrowed Dr. Who’s Tardis and I had travelled back to the time of the Spanish Civil War.  In fact I did feel as though I was part of the story myself.  I just had to keep turning those pages to find out how the story ended and if the story panned out as I thought it would- it didn’t, so Kerry certainly kept me guessing in that sense.

In short, I did enjoy reading ‘A Forbidden Love’ and I would particularly recommend it to other readers and in particular to those fans of historical fiction.  I look forward to reading Kerry’s other books.  The score on the Ginger Book Geek board is a very well deserved 4* out of 5*.