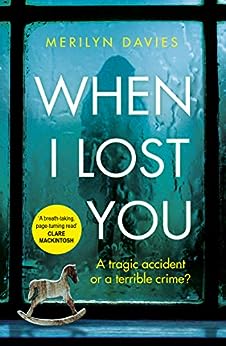 When a young couple are the lead suspects for the murder of their only child, Crime Analyst Carla Brown and DS Nell Jackson are assigned to investigate.

The evidence seems conclusive, but something just doesn’t feel right.

The case is quickly cast into doubt when the lead forensic pathologist starts receiving threatening letters – containing details only the police should know.

Who’s sending them? What do they want? And how did they get hold of the information?

As Carla and Nell dig deeper, it soon becomes clear that this case isn’t the first of its kind.

They must stop at nothing to find the truth – even if it hits close to home.

I love the new crime fighting duo of Carla Brown,  who is the Crime Analyst working closely with Detective Sergeant Nell Jackson to investigate the sudden death of a young baby.  Both ladies are hard working, stubborn, feisty, determined, compassionate, friendly and you can rest assured that when they are assigned a case, they will not hesitate to investigate every lead and every clue until all avenues are exhausted.   I think that the fact that their case involves the death of a baby, strengthens their determination to solve this crime.

Oh my word, ‘When I Lost You’ is one hell of a fantastic debut novel.  It didn’t take me long at all to get into this book.  In fact by the end of the first page I knew that I would have to cancel any plans I had for the rest of the day because I wouldn’t be able to put the book down.  So it proved to be.  The book wasn’t exactly glued to my hand but it might as well have been because it came everywhere with me.  I was gripped by the case and I felt compelled (in the nicest possible way) to keep reading, because I needed to find out the truth and who was guilty of what and why.  This was one gritty novel that had me on the edge of my seat throughout.  The pages started to turn increasingly quickly as my desperation to find out the truth increased.  At one point the pages were turning that quickly that they were almost turning themselves.  All too soon, I reached the end of the book, which I was so disappointed about.  I was enjoying the author’s writing style, the characters and the storylines so much that I wanted the book to go on and on and on.

‘When I Lost You’ is superbly written.  I had trouble believing that this is a debut novel as the author’s writing style is so polished and the writing is so confident.  I think that the fact that the author is a former crime analyst herself gave the story that bit more authenticity and made the story seem that bit more real.  The author certainly knows how to grab your attention from the start and she dangles enough bait in front of your nose to keep your interest and to keep you reading.  The author writes so realistically and descriptively that I really did feel as though I was on the investigating team and I was part of the story myself.  I even found myself trying to ‘interact’ with the book in the sense that I would give the other police officers tips or suggest questions to ask.  Yes I know this is a fictional book but if I enjoy a book as much as I enjoyed this one, I tend to ‘live’ the story as if it were real.

Reading this book was much like being on a scary and unpredictable rollercoaster ride with several twists and turns along the way.  I smugly thought that I had worked out who was doing what and why only to realises that I had completely got the wrong end of the stick and I was sent down another path entirely.  There were times when I almost had to read through my fingers as I feared what was going to happen next or what was awaiting me over the page.  Then I had to give myself a kick and realised that if I wanted to know how the story ended then of course I would have to read on.

In short, ‘When I Lost You’ is a very impressive read and an excellent debut novel.  I can’t wait to read more from Merilyn Davies.  Here’s hoping that we don’t have too long to wait.  I would definitely recommend this author and this book to other readers and particularly to those readers who enjoy gritty, gripping, dramatic crime novels that have you on the edge of your seat throughout the story.  The score on the Ginger Book Geek board is a very well deserved 5* out of 5*.