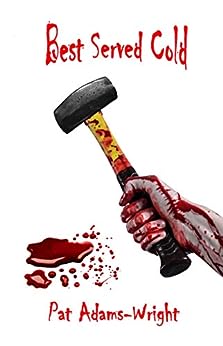 DCI Kirsty Savidge and her Major Crime Task Force are called in to solve the vicious murder of housewife Avril Webb — and so begins the twenty-five-year-old murky journey through the past.

A group of childhood friends is convinced that one by one, their associates are being murdered, but can they persuade Savidge? Then can she sway her bosses to proceed when no one wants to hear the words… serial killer?

I couldn’t help but take to DCI Kirsty Savidge from the first moment I met her.  She is in charge of the Major Crime Taskforce and she is very much a hands on kind of boss.  She does not want to be stuck behind a desk and be another pen pusher.  No, she goes out and about with her team.  She leads from the front and she wouldn’t ask a team member to do anything that she wouldn’t be willing to do herself.  Another benefit that Kirsty brings to the table is that she has an uncanny knack of being able to get a sense of what led to the attack or murder and how the attack or murder played out.  She has a bit of a turbulent relationship with her immediate superior and it’s obvious that there is a bit of a history between them, which is hinted at during the book.  Kirsty is the sort of manager I would like to have.  She leads from the front and she is the sort of manager who is supportive but firm when she has to be.  She’s feisty, strong, determined, brave, compassionate and kind.

Oh my word, this is one of those books that blew me away.  As soon as I started to read I knew that this was going to be one of those books that I wouldn’t be able to put down and so it proved to be.  From the moment I picked the book up until the moment I put it down, this book had me under its spell.  I just couldn’t put the book down.  The book wasn’t exactly glued to my hand but it might as well have been because it came everywhere with me.  It was as if I feared missing out on some vital clue or nugget of gossip if I were to put the book to one side.  The more I read, the more I wanted to read and the quicker those pages seemed to be turning.

‘Best Served Cold’ is superbly written.  Pat Adams-Wright has one of those writing styles that is easy to get along with and easy to get used to.  She grabs the reader’s attention from the start with an incident that is so shocking and horrific that it will stay fresh in that reader’s mind for a long time to come.  She keeps that attention all the way through too.  The story starts with a bang, hits the ground running and maintains the pace throughout.  Pat uses such powerful and vivid descriptions that I really did feel as though I was part of Kirsty’s investigating team.

Reading ‘Best Served Cold’ was much like being on one scary and unpredictable rollercoaster ride with more twists and turns than you would find on a ‘Snakes & Ladders’ board.  Some of the twists and turns came as a complete shock and left me feeling as though I had been punched in the gut and had had the breath knocked out of me.  There were also times when I didn’t want to turn the page because I feared what was waiting over the page for me.  Then I had to give myself a mental kick because I realised that if I wanted to know how the story concluded then of course I had to keep turning the pages.

I have to be honest and say that at times I found this to be a difficult read.  I don’t mean that to sound as though I am criticising the author or the way in which she has written the book, because I think Pat is great and the book is superb.  No I mean in a personal sense.  This book features the difficult and emotional subject of bullying at school.  That is what happened to me.  I was bullied throughout school- both primary and secondary.  At the secondary school I was assaulted and suffered permanent and irreversible damage to my back, as well as leaving me in chronic pain for rest of my life, which is daunting when you are only in your teen years.  Even worse than the physical bullying, was the mental bullying that I was subjected to for one reason or another on a daily basis.  I am still suffering physically, emotionally and mentally even though I left school a couple of decades ago.  Anyway that’s enough about me but I hope that you can appreciate why I occasionally found this book to be a difficult read.

In short, I thoroughly enjoyed reading ‘Best Served Cold’.  It is a fantastic debut mainstream novel.  I can’t wait to read what Pat comes up with next.  I will be first in the queue for a copy on release day.   I would definitely recommend this author and this book to other readers.  The score on the Ginger Book Geek board is a very well deserved 5* out of 5*.