As part of something new to my blog I am going to be highlighting certain authors and their most recent books.  Today’s focus is on ‘Wicked Girl’ by I. V. Olokita. 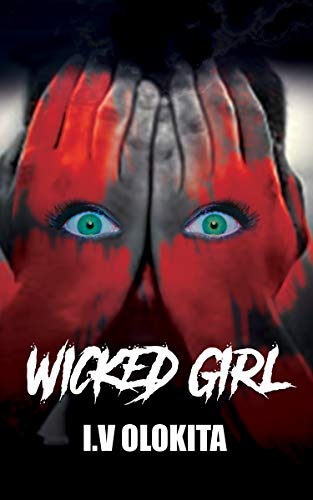 “Even if a dog goes mad, it will always be a dog.” So said a small white sign hung on a wall in Birmingham Mental Institution Ward number 3. It had a black frame, written in a hand they were all well acquainted with. The letters had faded over time. In the end, among all the calligraphy in the frame, one could detect a blurred signature. It was mine. John Wilcox is a young idler who loathes people except for young women. His destiny brought him near Birmingham Mental Institution during an earthquake. At that time Wilcox saves Elsie, an eccentric, half-deranged teenager. John pulls out every manipulation at his disposal to convince her that he is the right person to help her recover. Grey, Alessi’s father, goes on a quest for his lost daughter. She, too, like her mother, was trying to escape him. And so, began the tragic story between prey, and it’s supposed predator. Wicked Girl is a psychological crime fiction, where a sequence of accidents generates cold-blooded, and blood-curdling actions. It is a fascinating combination of romance, tension, and humor, unpredictable to the very end. Presented in a clear, straightforward way, yet its plot is packed with wit, action, and surprises grabbing the reader’s attention all the way to the last word.