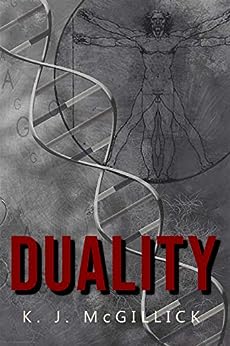 What started out as a normal art restoration project for Melinda Martin soon took on a life of its own. Could this unusual painting actually be a Botticelli masterpiece thought to have perished as part of Savonarola’s Bonfire of the Vanities? Had Melinda’s friend, Lana, a well-known art picker inadvertently acquired stolen art; art that might have ties to the occult and worth millions? Did a bad business decision endanger everyone who touched this potential treasure?

When the painting disappears and both women are found dead, the police think it’s an open and shut case. The husband – it’s always the husband. He had means, motive, and opportunity, and acted strangely cold after the fact.

Is it a case of mistaken identity? Does a secret relationship put Mr. Martin in the crosshairs of an assassin sent to retrieve the painting? Or is he really a sociopath forger with mysterious ties to the Vatican?

I absolutely love discovering new authors and K. J. McGillick is certainly a new author for me.  Having enjoyed ‘Duality’ as much as I did, I can guarantee that I will  be reading more of her work in the future.  I thoroughly enjoyed reading ‘Duality’ but more about that in a bit.

I have to say that I loved the wide range of characters in this book, who each seem to have two sides to their personalities.  I would make my mind up about certain characters, only to have my opinions and thoughts challenged.  In the end I wasn’t sure who or what to believe.  I don’t want to give too much away about the story because that would be spoiling things for other readers.  I have to say that there was one characters who gave me the heebee jeebies and that is the character of Mr. Martin, who was the husband of the deceased.  I couldn’t exactly put my finger on why he gave me the creeps but there were certain elements of his behaviour that set off little alarm bells for me.

I have to be honest and say that it took me a little while to get into this book but that has more to do with the fact that I am not a fan of art and I certainly don’t know much about the history of art, so my attention wandered a little bit.  However, once I got over the art history bit at the beginning of the book, that was it.  After a bit of a stuttering start, I then became addicted to reading this interesting read.  I found it extremely difficult to put this book down for any length of time.  I developed my own suspicions as to what was going to happen and who the murderer was so I had to keep reading to see if I was going to be proven right.  The pages turned increasingly quickly as my desperation to find out how the story panned out grew and grew.  At one point the pages turned that quickly that it was almost as if they were turning themselves and then whoosh I seemed to reach the end of the book quicker than I had anticipated.

‘Duality’ is well written.  The author has one of those writing styles that is easy to get used to and easy to get along with.  She grabbed my attention from the start and she kept my attention throughout the story.  Kath writes so realistically and uses such strong descriptions that I began to feel as though I was part of the story myself.  I do like a conspiracy theory or two so this book was ideal for me in that sense.

Reading this book was much like being on a scary and unpredictable rollercoaster ride with several twists and turns along the way.  I did predict some of the twists and turns but others crept up on my when I was least expecting it and wham, when they hit I was left feeling slightly speechless and breathless.  I felt as though I had had the stuffing knocked out of me.

In conclusion, I can definitely say that I enjoyed reading ‘Duality’ and I would recommend it to other readers.  I look forward to reading what Kath comes up with next but whilst I wait I will definitely be catching up with her other books just as soon as I can.  The score on the Ginger Book Geek board is a very well deserved 4* out of 5*.