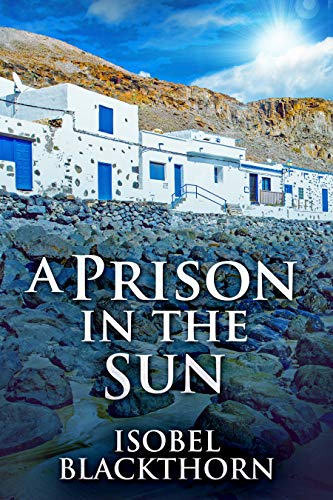 After millennial ghostwriter Trevor Moore rents an old farmhouse in Fuerteventura, he moves in to find his muse.

Instead, he discovers a rucksack filled with cash. Who does it belong to – and should he hand it in… or keep it?

Struggling to make up his mind, Trevor unravels the harrowing true story of a little-known concentration camp that incarcerated gay men in the 1950s and 60s.

I was drawn to this story by the fact that part of the story is based on real life- the imprisonment of gay men in a concentration camp in the 1950s and 1960s.  Now I haven’t heard or read anything about such a camp existing in Fuerteventura, but I did learn about such camps that existed in Germany and I knew that at times the details would make for difficult reading but a necessary part of history.  So from that point of view, I felt as though I learnt something whilst reading this book.

I was drawn into this story from the beginning.  As soon as I started to read, I knew that I would find it increasingly difficult to put the book to one side for any length of time.  I liked the fact that the story was set somewhere that isn’t often written about.  The pages turned increasingly quickly as my desperation to find out how the story concluded grew and grew.  Unfortunately I wasn’t able to read the book over the course of a day (boo) because real life got in the way, but I did manage to finish the book over the course of a few days.  I seemed to gallop through the latter half of the book as I raced to the end.

‘A Prison In The Sun’ is well written.  The author draws you into the story from the start and through her realistic and vivid descriptions, I actually felt as though I was part of the story myself.  In fact had I closed my eyes, I could easily imagine that I was in Fuerteventura with the sun beating down on my face with all the relevant sounds and smells going on around me.  The author has written about a difficult subject with great compassion and sensitivity.  I even found that I was beginning to interact with the book as if the different characters could hear me.  Yes I know this is fiction but I find that if I enjoyed a story to the extent that I enjoyed this one then I tend to ‘live’ the story as if it were real.  I was gripped by this book and on the edge of my seat almost throughout the story.

‘A Prison In The Sun’ is the third in the Fuerteventura mysteries series and it is the first one I have read.  It works perfectly well as a standalone but because I am a bit OCD and I like reading a series in order, I would say that it would be preferable to read the series in order and from the beginning.

‘In short, I thoroughly enjoyed reading ‘A Prison In The Sun’ and I would definitely recommend it to other readers.  I will be reading more of Isobel’s work in the future.  In fact as soon as I finish typing this review I will be hot footing it to Amazon to buy the first couple of books in the series.  The score on the Ginger Book Geek board is a very well deserved 5* out of 5*.