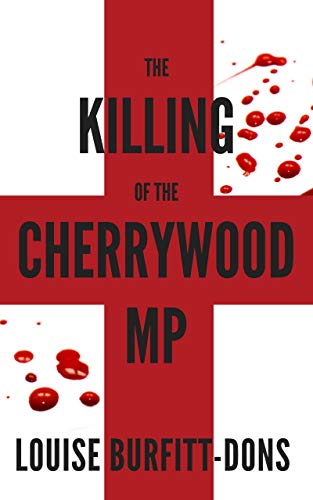 Jihadi brides return from Syria and deradicalised terrorists are released from prison. In reaction extremist right-wing groups proliferate across Europe. The Labour MP for Cherrywood is found murdered and police look for a lone wolf with a personal vendetta against ISIS.

P I Karen Andersen believes it’s not that simple. From the roulette tables of the Ritz to the respectable suburbs of Mainz, she searches for the truth. Does the home to one of Germany’s violent neo-Fascist cells hold the vital clue, or does it lie hidden in the leafy English countryside?

I read, reviewed and loved the first book (‘The Missing Activist’)  in the series featuring P.I Karen Andersen.  I couldn’t wait to read the second book in the series.  So without further ado, I grabbed my Kindle, downloaded the book and settled down to read ‘The Killing Of The Cherrywood MP’.  Louise has done it again and written a cracking book, which I really enjoyed but more about that in a bit.

This was one of those books that I found extremely difficult to put to one side.  I immersed myself into the story pretty much from the start.  My Kindle wasn’t exactly glued to my hand but it might as well have been, because my Kindle travelled everywhere with me.  I couldn’t bear to miss a single second of the story.  I loved the fact that part of the book is set in Mainz, Germany.  I made the fatal mistake of starting to read the book shortly before I went to bed.  Let’s just say that bedtime was delayed as I was enjoying the story too much to put the Kindle down.  When will I learn?  I soon reached the end of the book and I had to bid farewell to Karen Andersen.

‘The Killing Of The Cherrywood MP’ is really well written but then I thought that to be true of the first book in the series, which is called ‘The Missing Activist’.  Louise has one of those writing styles that is easy to get used to and easy to get along with.  Louise has created an intriguing character, who certainly throws herself into her cases.  Louise grabbed my attention from the title alone, which is certainly distinctive.  The synopsis sold the book to me and the rest as they say is history.  I loved the way in which the story twisted and turned with ease and I also loved the way in which Louise introduced wit and humour into the story.  I felt as though I was part of this story myself and that’s down to Louise’s cracking storytelling.

In short, I thoroughly enjoyed reading ‘The Killing Of The Cherrywood MP’ and I would recommend it to other readers.  I will be reading more of Louise’s work in the future.  The score on the Ginger Book Geek board is a very well deserved 5* out of 5*.