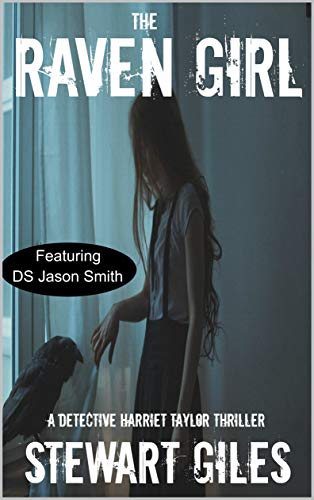 The lives of the people in the charming Cornish village of Trotterdown are about to be shattered.

When the body of a man is discovered on a beach near Trotterdown, detective Harriet Taylor gets to work. It soon becomes clear that this was no ordinary murder – the man was placed in a yoga position and his pockets were filled with seashells.

As more bodies pile up, suspicion falls on the residents of the old Beekeeper’s house. Who are these New-Age youngsters and is their ‘peace and love’ philosophy merely a front to cover up something sinister?

Harriet and her team are stumped. Everywhere they turn seems to lead nowhere, and they soon believe these gruesome murders will remain unsolved forever.

Then Detective Sergeant Jason Smith receives a phone call that will change his life forever. Harriet’s DI calls and gives him some terrible news.
‘Harriet Taylor is dead.’

Smith must now make a choice. Harriet’s DI has asked for his help in the investigation that resulted in her grisly death, but does Smith really want to get involved in something that really does not concern him?

Against his better judgement and ignoring his wife’s pleas, Smith heads off to Trotterdown to see if he can find out what it was that Harriet failed to see, but when he eventually does uncover what it was Harriet discovered that culminated in her death, his own life is put at risk. Could this be the case that finishes off Smith for good?

I have been a fan of Stewart’s work for a while now.  I haven’t quite caught up with everything that he has written, as he has written a lot of books over the years.  I try to keep pace with his new releases and when I have the spare time I read one or two books from the Stewart Giles back catalogue.  ‘The Raven Girl’ is Stewart’s latest book and it was released on 15th July 2020.  I dived straight in and oh boy, Stewart has done it again and he has written one hell of a fantastic book.  I loved every single minute of ‘The Raven Girl’ but more about that in a bit.

‘The  Raven Girl’ is the third book in the crossover series featuring Detective Constable Harriet Taylor and Detective Sergeant Jason Smith (my Australian cousin).  ‘The Raven Girl’ is written in a slightly different way to Stewart’s usual work in that you find out fairly early on that one of the main characters dies and the rest of the book illustrates how the story got to that point and of course it follows the investigation into the character’s death.  I realise that that way of telling the story might not appeal to some readers, but it didn’t make a bit of difference to me.  I tend to read the end of the story to find out how the story concludes before reading the rest of the book to find out how they got there.  I inherited that particular trait from my late Dad and I have carried on doing so.  Stewart certainly knows how to grab your attention from the start and he draws you into the story from the synopsis alone, let alone from when the story properly starts.  For me, ‘The Raven Girl’ is perfectly paced.  The story hits the ground running and maintains a fast pace throughout.  ‘The Raven Girl’ kept my attention throughout, it certainly kept me guessing and it kept me on the edge of my seat throughout.  Can I just add that Stewart certainly knows how to put certain characters through the mill and then some!

I thoroughly enjoyed every single second of ‘The Raven Girl’.  I must admit that I have a particular soft spot for DS Jason Smith.  I got into this book from the very start and I found that I couldn’t turn the pages quick enough.  I was desperate to find out how the story would progress and develop.  If I wasn’t reading the book, then I was thinking about the book.  If I had to put the book down for any particular reason then I would immediately look forward to being able to pick the book up again.  I soon reached the end of the book, which I had mixed feelings about.  Don’t get me wrong I wasn’t disappointed with how the story ended but I was disappointed that I had to say a temporary farewell to my cousin DS Jason Smith.

In short, I thoroughly enjoyed reading ‘The Raven Girl’ and I would definitely recommend this book to other readers.  I will definitely be reading more of Stewart’s work in the future.  The score on the Ginger Book Geek board is a very well deserved 5* out of 5*.