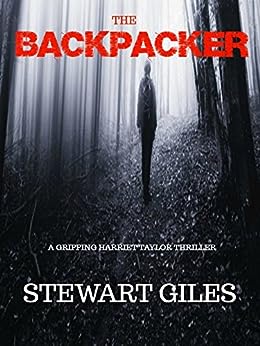 WHAT IS THE SECRET AT LANDELL’S FARM?

A girl’s body is found hidden in a remote spot of a Cornish Farm. The same farm that a young girl ran towards to escape her pursuer many years before. Detective Harriet Taylor has to abandon her day out to investigate.
As the forensics team get to work they uncover another mystery hidden among the rocks.
Who would kill a young backpacker? Is there a link between this and a mystery from many years ago?
As Harriet and the team get to work they find more questions than answers. What secrets is the sleepy Cornish village hiding?

I couldn’t help but take to the character of DC Harriet Taylor from the moment I first met her.  She is one determined, strong and feisty individual.  She is involved in the search for the killer of a young lady.  It turns out though that underneath some rocks underneath the first body, there is another body, which has been there for a substantial amount of time.  DC Taylor is determined to have a hand in solving both cases.  Harriet can’t understand why her colleagues are so reluctant and unapathetic towards the case of the person, who has lain dead for the longest period of time.  It’s almost as if they are trying to sweep it under the carpet.  She takes it upon herself to do what she can to solve the case.  Even though she has been warned off taking the case any further by her senior colleagues, she is like a dog with a bone and she will not give the case up no matter how much she is told to.  She thinks that out there a family is missing a member and she wants to reunite the body with their loved ones.  Harriet picks up the littlest clues and investigates them further.  Will Harriet manage to have a hand in solving both crimes?  Why are her superiors so determined to prevent her investigating the older case?  Who is hiding what secrets?  Well for the answers to those questions and more you are just going to have to read the book for yourselves to find out as I am not going to tell you.

This book is extremely well written.  The story takes part in two different periods of time.  One time slot is the present day story and the other time slot is written describing events that happened in 1996.  The chapters written from 1996 go a long way to explaining what happened to one of the victims and why.  This way of telling the story works really well, the chapters interlink and the story flows seamlessly as a result.

The author clearly cares about the characters in this book and this shines through in his writing.  There were certain characters that I couldn’t help but take to and there were certain characters that made me want to punch them on the nose end.  When I felt that my ‘friends’, those characters that I had taken to, were under attack I so wanted to jump inside the pages of the book to defend them.  Before anybody shouts, yes I do know that ‘The Backpacker’ is a work of fiction but if I enjoy a book as much as I enjoyed this one, I tend to ‘live’ the story and I can imagine the action taking place in front of me.  I really did feel as though I was a silent member of the investigating team.

Oh my giddy aunt this was one hell of a read.  Somebody gave me the paperback copy of this book and as soon as I read the first paragraph, I could tell that this was going to be one of those books that I would become seriously addicted to.  So it proved.  I picked the book up at the right time for me because I was in need of a distraction for various reasons and distract me it did!  I only intended to read a couple of a chapters but that intention soon went out of the window, because I was still sat there hours later and I had finished the book.  The more I got into the story, the more I read and the quicker the pages turned.  The page numbers flew past in a blur but because I was loving everything about the book so much, I hadn’t realised just how quick I was getting through the story until I closed the back cover.

Reading ‘The Backpacker’ was much like riding on a very unpredictable and scary rollercoaster ride with more twists and turns that you would find on a snakes and ladders board.  There were also times when I dreaded turning the page because I feared what was going to happen next.  Silly me because then I realised that if I wanted to know how the story ended then of course I had to turn the page.

In short, and in case you couldn’t tell, I absolutely adored reading ‘The Backpacker’ and I wholeheartedly recommend this author and all of his books to other readers.  I can’t wait to read what Stewart Giles writes next but in the meantime I will seek out the other DS Jason Smith and DC Harriet Taylor books that I haven’t read yet and make reading them one of my top reading priorities.  The score on the Ginger Book Geek board is a well deserved 5* out of 5*.