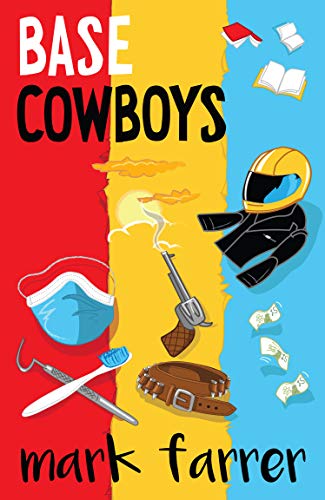 DIRTY BARRY – The first casualty of adultery is … the tooth!

Barry Sullivan is a sordid dentist who resorts to blackmail to keep his string of married women compliant.
But now Cullen has toothache – and a very different interpretation of the dental code of practice.

BRONCHIAL BILLY – Meet Billy… the fastest gun in a vest.

Billy is a geriatric slum landlord desperate to win first prize in a Country & Western gunfighting competition. But his trigger-happy birthday celebrations unwisely provoke Cullen, and now Billy must pay. Will he meet his High Noon at the Grand Ole Opry or will he go out with a bang? Whatever happens, there’s sure to be fireworks.

Tyler is a teenage tearaway with the eyes of a serial killer. But when he decides to rob Big Paul’s local, The Lamb & Flag, he gets more than he bargained for.
Will Tyler lose his bottle and hop it, or end up getting smashed? Because Cullen thinks he’s seen dead eyes like those somewhere before, and now he has a plan: he’s not bitter, he’s just a little twisted.

I read of Mark’s previous books a short while ago.  It was certainly a different sort of read, but I thoroughly enjoyed reading it.  When I was asked if I would like to participate in the blog tour, I accepted without hesitation.  I knew that I would be in for one hell of a read and I wasn’t wrong.  I thoroughly enjoyed reading ‘Base Cowboys’ but more about that in a bit.

Rather than a full length novel, ‘Base Cowboys’ is actually a collection of three novellas, with the central character of Cullen linking all three stories.  Cullen is a bit of a mystery character and he strikes me as being a bit of a lone ranger type, who rides in on his horse to right wrongs and to punish those who deserve it.  I couldn’t help but take a liking to him.  Some of the things he says or does were enough to make me laugh out loud.  The main villains of the novellas were particularly yucky and made my skin crawl for reasons which should become apparent as you read the book.  I couldn’t help but compare the villains of the novellas to people I knew and from then on, the villains took the guise of the people I knew.  I know that sounds silly or daft but it makes sense to me.

I had an inkling as to how ‘different’ Mark’s books are and I mean that in the nicest possible way.  He manages to combine drama with witty comedy and it’s this that makes his books stand out from the crowd.  As soon as I began to read ‘Base Cowboys’ that was it.  I just knew that I would be unable to put the book to one side for any length of time.  As the book is a collection of novellas, I could finish one novella before having a short break and then continuing with the other novellas.  Mark grabbed my attention from the first word on the first page and kept my attention throughout by keeping the stories fresh, the characters interesting and the comedy making a frequent appearance.  There were several moments where I laughed out loud at something that was said or done.  I was reading the book on the bus and I received some funny looks, but hey at least I gave them something to talk about.